India, October 18: We have often heard the famous saying, “With patience, hard work, and dedication, one can achieve anything one wishes”. The life story of Subodh Kumar Singh justifies this quote. Dreams do come true, but the secret is that they are achieved through determination, commitment, practice, focus, and hard work. It happens as a step at a time, manifested over the years, and that is exactly how Mr. Singh made his dreams come true.

Born and brought up in Prijpura, a small village in the Jehanabad district of Bihar, Subodh Kumar Singh belonged to a poor family who had to suffer the bourgeois riddle of a financial crisis to live. Mr. Singh had no bed of roses, and his grandfather was the only source of income in the family. Along with a sister and three brothers, Subodh battled the ups and downs of life from a very tender age.

While pursuing his course at SRM university, Chennai, Subodh started encountering his interest in the stock market and trading. Subodh said, “Back in 2008, the news about the world market crash stroke me to an extent where I started researching about the world market, and I found it fascinating enough”. He had no experience in trading, and the whole concept of the stock market was very new to him. However, in order to provide financial support to his family, he started investing in the stock market in 2011 while continuing his studies hand in hand. He says, “While studying in SRM, I used to see my seniors taking admissions of new students and making money. I did not have enough money to invest, and so I decided to do admission duties for my university in order to earn money for investing and making money in the share market.” Despite having less idea about what the indices, Sensex or Nifty represented, Subodh kept investing in the stock market. However, luck did not favour him much, and he faced losses that disheartened him. Starting from 2011 to 2017, he received zero returns on his investments. He says, “My elder brother was a banker, and I insisted him if he could give me his savings to invest in the stock market. He agreed to it, and after I invested, luck did not favour me, and I lost 4.5 lacs in it. I was completely shattered and felt like everything had come to an end that day.” He completely broke down, but his high ambitions kept him going. “However, I thought of moving ahead in life and working on my mistakes. Soon I realized that I needed to have more in-depth conceptual knowledge of the financial market as well as indulge myself and be updated with the global news and happenings. I started learning rather than thinking about earning.”

Mr. Singh considered TV anchor Anil Singhvi to be his idol. “I never met Anil sir but considered him as my Guru. He showed me the correct path, and I learned the pros and cons of the market through his business shows. He inspired me, and because of him, I learned that in order to make money in the market, you need to listen to your heart and not pay heed to the words of any analysts or advisory companies.” He further added, “I followed him and eventually realized that in order to succeed, one needs to make their own rules and understand their own risk capacity accordingly. I made the RID rule (5r:25i:10d) for me, that is 5% risk of total capital, 25% investment & 10% donation for a good cause of total income.”

When he came across Option Strategy, he dreamed of making it a preferred trading option. While stepping into option strategy, initially, he had raised a fund of 10 lacs only, which eventually turned up to 5 Cr capital by 2022 from options strategy. No doubt Subodh was very determined and positive about his achievements from the very beginning of his career – “The loss that I made after investing in the share market was around 16 lacs, but now, I believe that in order to achieve something, you need to dedicate yourself towards learning new thing and learn to accept and deal with failures which are also important to achieve success. Hence, I started considering these losses as a fee for learning.”

Subodh was very fond of his grandfather, and after his demise, Subodh started an NGO and named it the ‘Social Smile Foundation’, where he contributed 10% of his earnings towards the growth of the foundation. The foundation works for the betterment of the environment, conducts awareness programs for health & hygiene in rural areas, provides free education to needy children, and combats social issues like child labour, domestic violence, etc.

Through the foundation, Subodh spread the message of a green environment by starting a plantation in his village. So far, 11000 plants have been planted and moving forward, and they are aiming for at least 10 lakh plantations within the next five years. Also, they have set a goal of providing free education to deprived children through foundation-owned schools in the upcoming years.

If you have any objection to this press release content, kindly contact pr.error.rectification[at]gmail.com to notify us. We will respond and rectify the situation in the next 24 hours 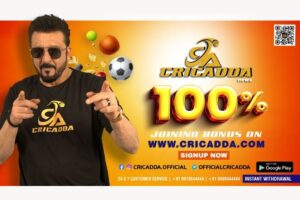 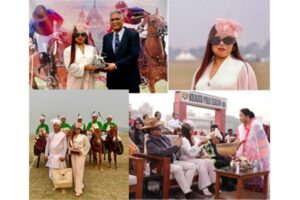 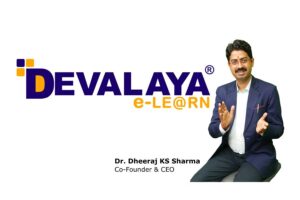 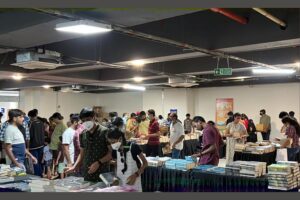